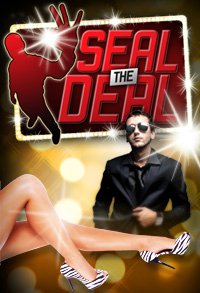 The start of a new year means a new PSA campaign from police in the UK, only this one features a videogame to teach rape awareness.

The police in Thames Valley, England, have launched a rape awareness campaign that includes a videogame to get its message across. According to the police, roughly half of all the rapes reported to Hampshire Constabulary and Thames Valley Police "involve two people who know each other." The campaign, "Don't Cross the Line", is focused on raising awareness about how to avoid risky situations and is pretty comprehensive.

A big part of the campaign is a Facebook game called Seal the Deal, though it's hard to tell what players are supposed to be doing since there's no game on the page (though it apparently launched on December 16). The graphic for the game, seen here, certainly looks good, though. Here's the descriptor from the Facebook page:

Our Don't Cross The Line campaign is designed to tackle issues around serious sexual offences by increasing interaction, promoting debate and providing access to information.

It aims to raise awareness of the chain of events that can lead to rape, dispel some common myths and provide information to enable people to make the right decisions. Ultimately, it is about keeping young people safe. We will proactively explain rape in their terms, on their territory, before it is too late.

Previous national and local campaigns have focussed on women and the risk they put themselves under through alcohol consumption. The emphasis has been on them taking steps to protect themselves. Rather than place the onus on women, we've taken the unique approach of focusing on young men. We want potential offenders to consider their actions, while also raising awareness of acquaintance rape so that women can keep themselves safe.

The issue of consent is right at the centre of this. The Sexual Offences Act 2003 stipulates that a defendant in a rape case must show that they have reasonable grounds to believe that the other person had given their consent. The campaign aims to reduce incidents of rape by ensuring that men understand the need to gain active consent before they have sex.

Aside from using social media, the campaign also features a heavy amount of printed material, testimony from convicted rapists, and info sessions at schools within the area.