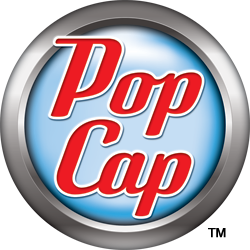 The business minds at casual game giant PopCap are considering an initial public offering which could net millions of dollars.

The Seattle-based casual game developer has long been looking at offering the public a chance to buy a part of the company. As a privately-held company, PopCap currently gets to call its own shots, but if it decides to hold an IPO (initial public offering,) every shareholder will have a say in its "bidness" and demand ever-increasing profits. The tradeoff is that IPOs typically generate a money-bin amount of cash that the company can use to grow very quickly. Google famously made $1.67 billion in its IPO in 2004, while Zynga was recently valued at $5.51 billion if and when it were to go public. How much PopCap would be worth if it were to sell its shares to the public is still to be determined, but the fact that the company currently generates over $100 million in revenue per year sure makes it attractive to people with money to burn on the stock market. That huge pile of cash would then allow PopCap to penetrate its tendrils of Bejeweled, Plants vs. Zombies and Peggle into the souls of every person on this planet.

"We'll look at [an IPO] for the second half of next year," Dave Roberts, CEO of PopCap Games said in an interview with Forbes magazine.

He would only push the button on an IPO if the circumstances were just right. "There are no investors pushing for it, so we will really only look at it if the markets align," he continued.

An IPO would certainly give PopCap an influx of cash which it could then use to open up new studios or acquire existing outfits to make even more games. News of an IPO coupled with the announcement that PopCap is growing into the Asian market with a meta-game over its casual game library might indicate that the developer/publisher has designs on growing even bigger.

Apparently, selling 50 million units of Bejeweled over ten years isn't enough. PopCap wants to get its power level over 9,000 million!