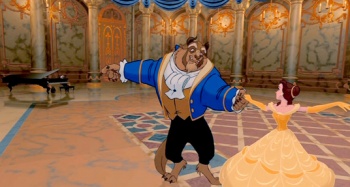 Disney Studios announced plans to release at least 15 animated films, both old and new, on Blu-ray 3D this year.

Disney has been on the 3D bandwagon for a while now, and in 2010, four of its biggest films -- Alice in Wonderland, Toy Story 3, Tangled, and Tron: Legacy -- arrived in theaters in the eye-popping format. Disney Studios recently announced its plans to continue bringing the extra dimension to home viewing, releasing at least 15 of its animated films, some old, some new, on Blu-ray 3D this year.

The 2010 films Tangled and Tron: Legacy will also be released, as will some of the studio's earlier 3D films, such as Bolt, Chicken Little, G-Force, and Meet The Robinsons. Slated to join these films in Blu-ray 3D are Tim Burton's The Nightmare Before Christmas, which had previously been converted to 3D for a theatrical re-release, and the 2D classics Beauty and the Beast and The Lion King. The Hollywood Reporter notes, "No dates were specified in the announcement."

All films will be packaged with a 2D Blu-ray, just in case you'd care not to see Gaston's antler-festooned walls or The Lion King's devastating stampede in a third dimension.