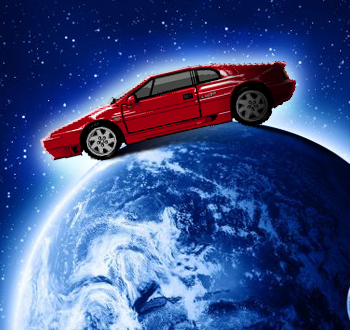 There is a least one advantage to Google's seemingly omnipresent cameras watching our every move - the whole world is now our playground.

For a search engine, Google seems to spend a lot of its time photographing our homes from a variety of different angles. But thanks to its obsessive-compulsive mapping of everything, everywhere, you can play games set anywhere in the world, as long as you're willing to be a little creative. In Issue 287 of The Escapist, Spanner Spencer says that with a notepad, a laptop and a little dash of imagination, you've got the tools to play games on whatever scale you like.

A laptop or iPad in the middle of the table, centered on your area of choice (could be your neighborhood, could be central London like a real Monopoly board, or it could be a collection of craters on the moon) would serve as a property ladder for players to avariciously climb.

Moving pieces around might require the most imagination, but using GMaps' built-in route planner, a ragged, circular path could be highlighted that runs alongside each property for all the players to follow. Determining the value of this property is up to you; an estate agents' website would offer current market prices, or you could take more entertaining financial liberties as you monopolize the property development industry.

A simple notepad for players to keep track of their game, as an RPG group might, and a custom game of Google Maps Monopoly is yours for free. And while we're on the subject, why not mash-up CSI, Columbo and Clue on Planet Google?

Take the sleuthing out of the mansion and make it city-wide, with more imaginative locations than the kitchen and ballroom, such as an alley full of dumpsters where the murder weapon was ditched, or a corrupt police station to add a bit of extra conspiracy to the slaughter. Players can take a bit of time beforehand to create their own character biographies from a template, and once again Google Maps will provide a game board that's as epic (Washington D.C.) or familiar (your local mall) as you like.

The games you can play with Google Maps are a little on the crude side at the moment, but there's no telling what the future might hold. You can read more about it in Spencer's article, "Playing on Planet Google."