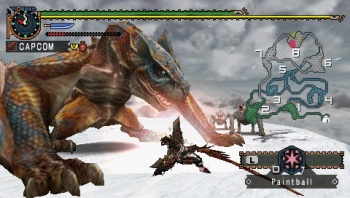 Small towns in rural Japan are experiencing significant boosts in visitors thanks to themed events held by videogame publishers. Hotels, resorts and even botanical gardens have all benefitted from being associated with videogames.

According to the Mainichi Daily News, the town of Yamanouchi, in the Nagano prefecture, saw a significant influx of tourists - some travelling hundreds of miles to get to there - after Capcom featured a local spa in a Monster Hunter Portable 3rd event. Noriko Hasegawa, a tourist from Kobe, was quoted as saying, "I may have stayed out of this town had it not been for the event."

The Shakunagenomori botanical park in Mimata, Miyazaki Prefecture, is actually having a hard time keeping up with demand in its gift shop, after becoming a "partner shop" for the mobile game Colony na Seikatsu Plus. People buying items from the park unlock special items in the game, and manager Yoshinori Ikebe said that he was amazed at how successful the partnership has been.

Associating a game with a real-world location is an interesting idea, and one that would translate pretty well to other places. There are plenty of games that look like, or are set in, real places, and it seems like it would a really good way to promote a title.