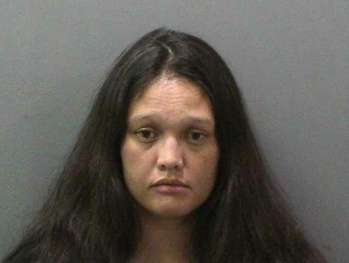 It's the oldest story in the book: boy meets girl online. Girl seduces boy. Girl turns out to be much older woman. Woman gets arrested.

Remember how, back in August, there was that guy from Florida who sexually molested a kid in California? Well, there's already a 2011 version of that story: a 36-year-old woman from Lake Forest, California, was arrested for seducing a 13-year-old she met over Xbox Live.

Rachel Ann Hicks is currently being held without bail on charges of rape and child molestation. It turns out that Miss Hicks, a 36-year-old mother of three, met a 13-year-old boy from Maryland on Xbox Live in September. She then pretended to be 23-years-old, seduced the kid with "romantic" text messages, X-Rated pictures and online movies she made of herself. Within a few short months, over the Thanksgiving holiday, Hicks drove up to Maryland from Florida (where she was visiting family) and had sex with the young man in his home while his parents were sleeping.

The boy's parents became suspicious when family members saw the romantic text messages his phone was holding. After the local authorities were alerted, the FBI became involved so they could track down Hicks' real identity, since she used a fake name and age on Live.

According to the Orange County Sheriff's Department spokesperson, Jim Amormino, Hicks admitted to police that she had inappropriate relations with "another young male victim" in California.

Whenever I read or write about these sort of events, I always feel a little sick to my stomach. That said, I feel worse about this story because Hicks has molested at least two victims, and one of them was only barely a teenager. At least the woman is being held without bail, which implies that authorities are taking the threat she represents seriously.