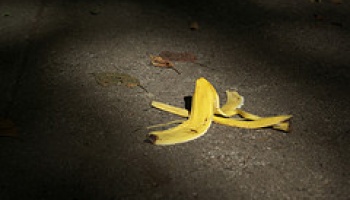 Get those acceptance jokes ready, comedians: The Comedy Awards are here to reward you for your efforts.

It's awards season again, and 2011 welcomes a brand new awards show, which will probably run really long like all the rest, but hopefully be funny in the process. MTV Networks is launching The Comedy Awards, and hopes it will prove to be a flagship awards franchise in the vein of the MTV Music Video Awards or the Kids' Choice Awards, which air on MTV and Nickelodeon, respectively. This isn't the first American awards show to focus on comedy; the American Comedy Awards ran from 1987 until 2001, and Comedy Central failed to replicate its success with the Commie Awards in 2003.

The newly formed Board of Directors will be responsible for nominating honorees; according to Deadline, this body includes such comedians as Billy Crystal, Will Ferrell, Whoopi Goldberg, Seth MacFarlane, Adam McKay, Jimmy Miller, Jay Roach, Ray Romano, Rory Rosegarten, and Phil Rosenthal. Voting will be largely performed by an invitation-only group of directors, performers, producers, and writers, but there will be some fan-voted categories as well.

The announcement was not focused solely on the awards: "In conjunction with the launch of The Comedy Awards," reports Deadline, "the MTVN Entertainment Group has joined forces with the Entertainment Industry Foundation to launch The American Comedy Fund, designed to provide financial assistance, health benefits and other resources for comedians in need." The website of The American Comedy Awards indicates that this is the first non-profit charity catering exclusively to the needs of the comedy community.

The inaugural Comedy Awards will be presented on March 26, and the Awards Show will be telecast simultaneously on Comedy Central, Nick at Nite, Spike TV, TV Land, and VH1 on April 10.

8 of the Funniest Moms on TV n0e 7 Comments