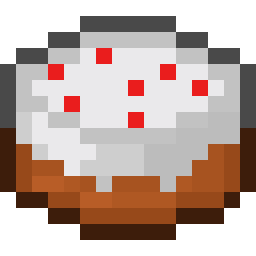 Indie sensation Minecraft has sold 1,000,000 copies, and the game isn't even finished yet.

Minecraft creator Marcus "Notch" Persson has made it clear that his game is still a work in progress, but that hasn't stopped anyone from buying it. On January 12, 2011, Minecraft hit the incredible milestone of 1,000,000 copies sold.

Which means that 1,000,000 people were persuaded to buy a game that just left its alpha phase in December 2010. Minecraft has no story to speak of. Many features are still in the works. Persson and his team at Mojang Specifications only just added cake, for goodness sake.

But that hasn't stopped a firestorm of popularity from igniting around the game, which is nowhere near its end. In a way, Minecraft is its own best form of PR. Though Minecraft features an aspect of combat and survival aganist zombie pigs and other terrible creatures, players have mostly latched onto the Lego-like ability to build anything they want using various types of blocks.

This has led to creations that range from Elder Scrolls IV: Oblivion's world and Columbia from BioShock: Infinite, to a working in-game computer. A Kinect hacker even devised a way to put himself into Minecraft as a giant monument. What players have done with Minecraft already is nothing short of amazing.

For builders, Minecraft is already everything they want it to be. However, Persson and team still plan to add an actual game narrative, true modding support, new multiplayer modes, and possibly a hardcore mode that will delete your world if you die. Mojang has plenty of work left before it considers Minecraft a done deal. To the 1,000,000 that already bought the game, it doesn't seem to matter.

Thanks for the tip theComposer!