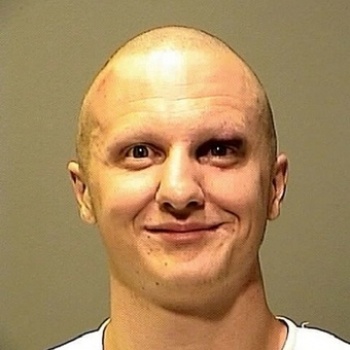 Jared Lee Loughner, accused of gunning down six people including Congresswoman Gabrielle Giffords in Tucson, Arizona, made some pretty disturbing posts on a forum related to the game Earth Empires.

As we now try to sift through the tragedy in Arizona over this past weekend, more and more about the alleged killer's past will come to light. Today, the Wall Street Journal reprinted several posts that Jared Lee Loughner made on the forums for a text-based MMO called Earth Empires in the last year. In Earth Empires (a continuation of Earth: 2025) you control a country and either wage war or engage in diplomacy with other players. According to high school friends, Loughner also played Diablo and the first StarCraft when he was younger. Loughner used the forums on Earth Empires to communicate with other players about some very personal issues. These posts portray a strange individual, who had felt rejected and downtrodden his whole life and that he was concerned with containing his rage.

"Does anyone have aggression 24/7?" Loughner posted on May 9th, 2010 at 2 am. When others in the thread suggested he smoke marijuana to calm himself, he replied, "No weed. No drugs. It's not like I can't see my brain."

Some of Loughner's ramblings are even more nonsensical. "Would you hit a Handy Cap Child/ Adult?" was the title of a thread he started on April 24th with the following text: "This is a very interesting question ... There are mental retarded children. They're possessing teachers that are typing for money. This will never stop ... The drug addicts need to be weeded out to be more intelligent. The Principle of this is that them c- educators need to stop being pigs."

I have no idea what that means.

None of his posts on the Earth Empires forums specifically mentioned Rep. Giffords or that he was planning an attack but some of them reveal that he was capable of violence.

Another thread he started was called "Why Rape" and it suggested that women implicitly agreed to rape by consuming alcohol. "There are Rape victims that are under the influence of a substance," Loughner wrote. "The drinking is leading them to rape. The loneliness will bring you to depression. Being alone for a very long time will inevitably lead you to rape."

In other posts, he complained about his inability to gain or keep a job because of his mental instability. "I had to walk out of red robin," he wrote. "Terrible situation. Mental breakdown." He also listed 21 stores and restaurants that he applied for work, none of which asked him in for an interview. When some of his fellow gamers pointed out that he should write a resume and form a list of references, Loughner went on a tirade, repeating the line "CANT HOLD TERMINATION AGAINST FUTURE EMPLOYEE !" 117 times.

Other members of the Earth Empires were disturbed that one of their small community would act in such a way. "This is an immeasurable tragedy, and it pains me that someone from our close-knit community could be involved in such a heinous act," one of the forum administrators wrote on Sunday.