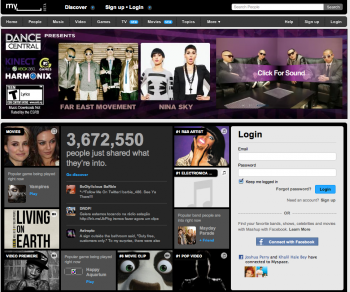 CEOs take note. This is how you should NOT handle corporate layoffs.

MySpace's slow and painful death-by-inches is continuing to thrash along in embarrassingly public ways. Earlier this week, the company laid off 500 employees (roughly 47% of its workforce) after it launched a massive re-design in order to become profitable. While moves like this often result in a fair amount of bitterness, doing so with a Xerox'd form letter just makes things even more insulting.

TechCrunch recently received an email from one of the former MySpace workers that was full of some fairly damning accusations, apparently including claims that do-nothing managers kept their jobs while the worker bees were thrown out in the cold. However, the most interesting part was that CEO Mike Jones actually notified the employees of the layoffs via an insulting form letter: "He didn't even take the time to personally sign the letters. It's just a xerox copy."

The letter itself is pretty generic, though this one section surely must have made several folks' blood boil:

Although we can't continue on this journey together-I hope you will all stay connected with MySpace and know that your contribution to the business was a unique moment in time and that you participated in something that few have been part of in our industry.

I can't even begin to imagine how insulting a letter like that must feel, particularly for someone involved with the massive redesign of the site. Being laid off in order to make the financial reports look better, especially if the management accusations are true, must really burn. You can read the full letter below. 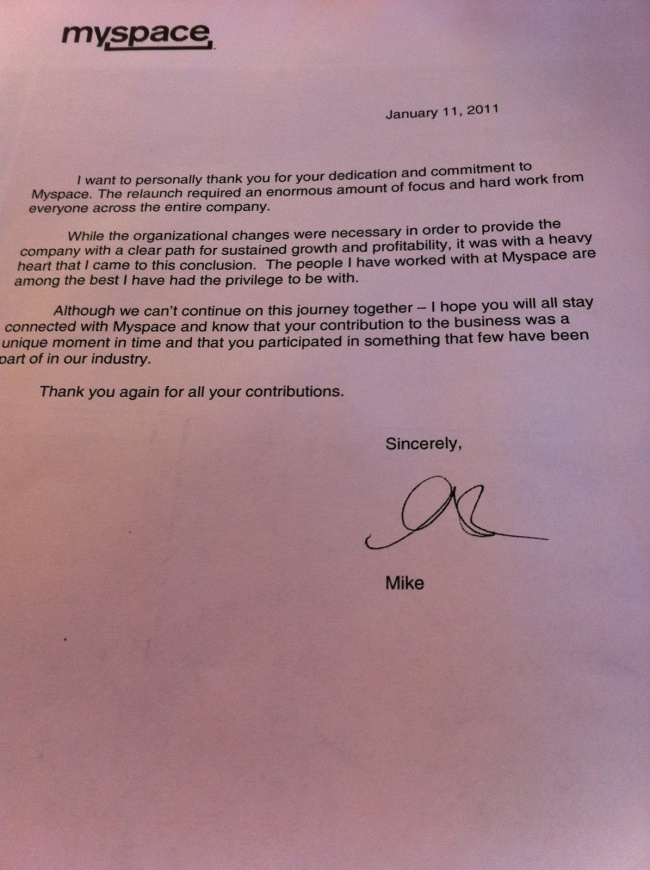