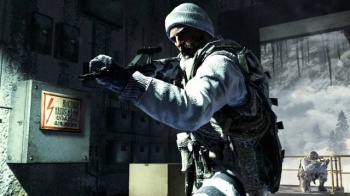 The group has its fingers crossed that its complaint might result in a legal precedent against broken games.

UK-based gamer advocacy group, Gamers' Voice, has made a formal complaint to the UK's economic regulator, the Office of Fair Trading, about the problems that PC and PS3 gamers are having with Call of Duty: Black Ops. This is the second attempt by Gamers' Voice to force Activision into some kind of action over these issues.

Last month, Gamers' Voice wrote Activision an open letter, detailing the problems. These included, but were not limited to: the game freezing as it loaded maps, consoles and computers locking up during play, and connection problems during multiplayer matches. It noted that none of the issues seemed to apply to the Xbox 360 version of the game, which Gamers' Voice believed had been Activision's main priority, and therefore the version that had received the majority of the QA testers' time.

Gamers' Voice thought that the PC and PS3 versions of Black Ops were so broken that they didn't fulfill their purpose as pieces of entertainment, and decried Activision's decision to release the game on these platforms in such a state as an act of "crass profiteering." In the letter, Gamers' Voice offered Activision a simple ultimatum: If the publisher didn't explain what had gone wrong with the PC and PS3 versions of Black Ops, and let consumers know how they would be compensated, Gamers' Voice would report the game to the OFT. Gamers' Voice gave Activision one calendar month to respond, but the publisher chose to ignore the letter's demands, leaving Gamers' Voice no other option but to make good on its threat.

Gamers' Voice's head of industry relations, Chris O'Regan, said that the publisher's inaction meant that it would now have to face pressure from the government department. O'Regan said that the problems with Black Ops was exactly the sort of issue that the Office of Fair Trading was designed to handle. He hoped that the OFT would initiate litigation against Activision, as that would set a legal precedent that selling games in an unfinished state was unacceptable.

He didn't expect the issue to be resolved quickly though, and said that a formal investigation by the OFT could take months. He thought that Activision might react a little more quickly, but didn't expect anything from the publisher except a rebuttal of the letter's claims.