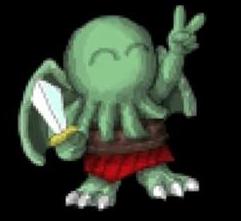 Zeboyd Games will be bringing its retro RPG skills to the PC, thanks to loyal fans.

If you've been following the progress of indie RPG studio Zeboyd Games, known for praised Xbox Live Indie Games titles Breath of Death VII and Cthulhu Saves the World, you'd know that it was hanging on the edge of making a career out of game development or keeping it as a side project. Zeboyd's plan to see if the PC was a more suitable platform for its titles has already born fruit in the form of thousands of dollars of funding money.

Zeboyd started up a Kickstarter page in an attempt to raise $3,000 to fund the port of Cthulu Saves the World to the PC. Two days later, it met that goal. As of this writing, 92 backers have pledged $4,450, with 25 days to go until the project officially gets funded.

As an RPG fan, I'm happy that Zeboyd got such a quick infusion of community support. It'll be great to see where this will lead the studio in the future. From a different perspective, the situation points out an interesting new world where a videogame developers doesn't have to seek investment from (sometimes) evil corporate firms anymore.

Breath of Death VII, Zeboyd's first game, would never have been released as a physical retail product. Because of the existence of Xbox Live Indie Games and the inclination by a few fellows to create a videogame, it was released for $1 and purchased by over 40,000 people. When Zeboyd saw that there was an audience for its type of games, but that XBLIG wasn't a fully self-sustaining platform for their release, the community that enjoyed it products was quickly able to fund a move to the PC too.

The "garage" of each "garage developer" no longer includes just the group of people creating a game, but all of its fans as well. I think we'll be seeing a lot more of these fan fundings in the near future. Plus, how amazing would it be if even larger companies catch on, with thousands of gamers funding the creation of more popular franchises?