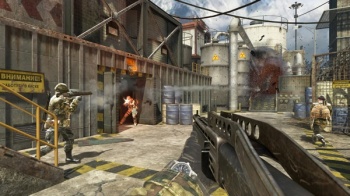 A technical problem has apparently forced Microsoft to exclude the UK from its upcoming online promotion.

Starting this weekend, everyone that has their Xbox 360 hooked up to the internet will get to enjoy being a Xbox Live Gold subscriber, whether they've paid for it or not. Well, not quite everyone, as gamers in the UK will have to wait a little while longer for their turn to come around.

Microsoft blamed a technical issue for the delay, although it didn't elaborate on what that issue actually was. It said that that it was committed to providing promotional opportunities for the Xbox Live Free users, and would soon be in a position to announce when the replacement event would take place. Unfortunately, it didn't give any indication of when that time might be, although presumably it will be after it chases away whatever gremlins are tormenting its systems.

This is obviously a disappointment, not just for the scores of gamers who had been looking forward to playing online, but likely to Microsoft as well, as money, time and effort have been wasted thanks to a technical hiccup. We've reached out to the platform holder to try and find out when the rescheduled event might take place and will update the story with any new information.