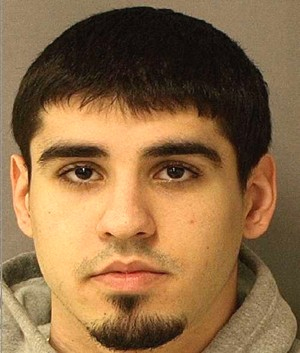 Guess what? Announcing that you plan to shoot up your school on 4Chan may result in an FBI raid on your home.

Most of the time, it seems like stories about 4Chan and the FBI have the two at odds with one another (particularly the way that the latter keeps on going after members of Anonymous for their DDoS attacks). However, it turns out that 4Chan users wound up helping the FBI out last year.

Back in November, members of the 4Chan community alerted the FBI when they discovered evidence that one of their members "Ali Saad" (pictured here) had posted threats that he was going to go on a Columbine-like shooting spree at his local community college in Michigan. Saad, it turns out, claims that his threats were a joke.

According to Switched, "Saad insists that his postings were in jest, but his claims that he could top the "high score" of Virginia Tech shooter Seung-Hui Cho set off alarms with members of the /b/ community. In one of the messages, Saad said that he planned to stream his massacre on Stickam, a popular video streaming site."

Even if these comments were made in jest they're not funny, especially considering the horrific school shootings that have occurred here in the United States in recent memory. Because the community members alerted the FBI, though, the agency raided the man's proper, seized his computers, "on which they found more incriminating evidence and child pornography."