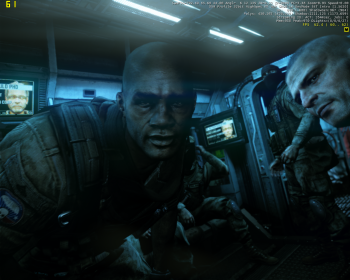 Almost 45 days before the scheduled release date, a complete build of Crysis 2 is freely available to people who frequent illegal download interwebsites.

According to a thread at Facepunch.com, the full code for Crytek's shooter sequel set in New York City, including multiplayer and the code key to deal with the online DRM, was posted today. No one is sure where the leak came from, but it's especially damaging because the game is near to being declared gold and shipping to retailers. If the code is recent, it's basically the game that everyone will be playing if they purchase the disc. Crysis 2 is set to come out for PC, PlayStation 3, and Xbox 360 on March 22nd.

"So a late developement build of Crysis 2 has gone up on certain sites, it includes the full game, including multiplayer," said user Tom Costello from the Facepunch forums. "It also includes the DRM Solidshield master key files, which only fucking handles the online activation.

"Crytek are going to be so fucking mad," he concluded.

Damn straight, they are.