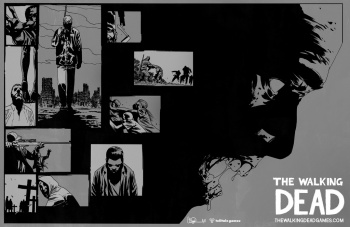 Telltale Games has officially announced that a Walking Dead videogame is in development, but it's not based on the TV show.

The Walking Dead has become an extremely well-known property after going from a popular comic book to an even more popular television show. Its profile has been raised so much that now it's also coming to the videogame world, courtesy of Telltale Games.

Telltale has announced a "multi-year, multi-platform, multi-title" deal with Walking Dead creator Robert Kirkman to produce videogames based on the comic book. Notably, these games won't be based on the television show, which is what broke Walking Dead into mainstream popularity, but doesn't precisely follow the original storyline.

Kirkman told IGN that the first Walking Dead game is still in the planning stages, but it will be episodic as is typical for a series made by Telltale Games. Kirkman did not reveal if the games would diverge from the story in the comic book, or what they'd follow at all. My guess is that Telltale and Kirkman will take players behind the scenes of the Walking Dead characters' lives, or maybe even follow a brand new cast.