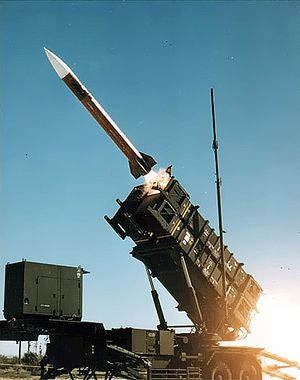 You want to learn to launch some missiles? Yeah, there's an app for that.

Looking through the iTunes App Store reveals that, for better or worse, there's an app for just about everything. You can find Apps to entertain yourself with, create to-do lists, and recipe keepers, to name a few. Oh, and it turns out that there's now an app that will train you how to launch a Patriot missile.

It turns out that the U.S. Army hired developer C² to create a bunch of apps to be used for training Patriot missile crews. C² has just delivered the first-of-seven apps for the Army; the app includes video of actual crews in action, along with illustrations and animation as visual guides. Apparently the apps are designed for use in a classroom with an instructor.

Each of C²'s apps will cover the one of the following subjects:

I'm used to hearing stories about how the military is using technology and simulators to train its members, but I have to say that using an iPhone is definitely a first. What I'm curious about is whether or not the Army has an arrangement with Apple to keep these apps off the public iTunes storefront.