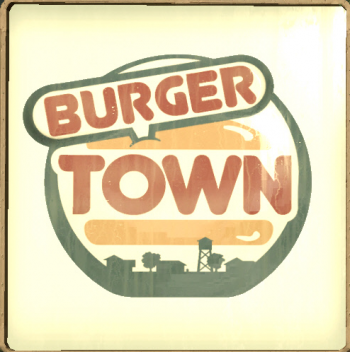 Homefront is all about what it'd be like to live in the United States when the western half of the country is occupied by Korean forces. Because the game is set on American soil, accurately portraying what most of America would be familiar with, such as restaurant chains and familiar brands, is extremely important to the designers, especially lead level designer Rex Dickson. He said that product placement is not about making money for the game - in fact, Kaos received no monetary compensation its use of brands. To him, whenever a game uses a fake brand, such as Call of Duty: Modern Warfare's Burger Town, it rings false and pulls the player out of the world. Dickson wouldn't say what brands would appear in Homefront, but it was an uphill battle just to get the necessary permissions.

"We are not actually getting paid to put these brands into the game. This is us going to [brands]. They ask us what our game is about, and we say, 'Korea invading the US.' They say, 'Not interested,'" Dickson said with a laugh. "We've been rejected by so many companies that we've almost abandoned the idea due to the lack of interest."

Dickson thinks its important because so much of America is inundated with such familiar brands, and that it creates a world that players can believe is real. "It just adds familiarity. You look at Modern Warfare 2 with Burger Town. The fact that it wasn't McDonalds or Burger King takes away from the game. If it had been a real world place, it registers in a different way with the player."

The problem is that the prevalence of real-world brands might actually be worse, something that Dickson freely admits. "My only regret with that whole thing is that we weren't able to convince more companies to get in on it. We have a mix of brands that we came up with, the small Mom and Pop stuff contrasted with bigger names but I kind of wish we could have got enough people interested that we could have done a corporate brand for everything in the game," he said.

A quick survey of the The Escapist offices agrees with Dickson that having one or two real brands pop up in Homefront might do more to crush immersion than if all the brands were fictional. I commend Dickson for trying, but I'm not sure that mixing between the fictional and real will create the desired effect. On the other hand, Homefront's somewhat unfamiliar 2027 setting might help in selling the mix a little better.