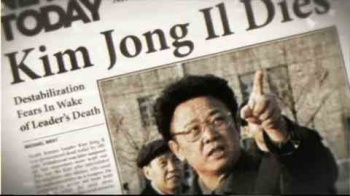 The publisher has secured DJs, a band, and even former CIA operatives for its promotional endeavor.

GDC isn't the only thing going on in San Fransisco this week, as Homefront's publisher, THQ, has organized a rally to promote the game in the city's Yerba Buena Gardens. The stated aim of the rally is to draw attention to the human rights abuses in North Korean, and presumably help sell some games in the process.

The rally will feature former CIA agent Tae Kim, who helped Homefront developer Kaos Studio create the game, and author and EMP expert William R. Forstchen, whose book, One Second After, was apparently cited by Congress as a realistic depiction of what life would be like in mainland America after an attack with an EMP weapon. Also on the bill is "Menace," a DJ from Live 105, San Fransisco's alternative radio station, and the Dillinger Escape Plan, a hardcore punk band, whose singer has rather strong libertarian views that he isn't afraid to share.

It sounds like it could be a very interesting way to spend some time, but at the same time, using the actual plight of people in North Korea as a way to promote a game where you spend a lot of time killing North Koreans seems a little mercenary. If you're in San Francisco and want to attend the rally, it starts at midday at the Carousel corner of Yerba Buena Gardens on Wednesday, March 2nd.

Homefront comes out for PS3, PC, and Xbox 360 on March 15th in North America and March 18th in Europe