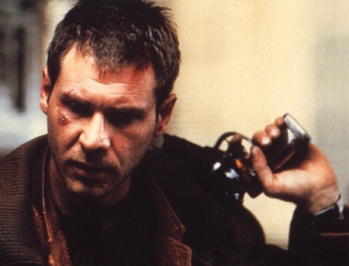 One of the most influential sci-fi movies around could soon become a franchise.

Alcon Entertainment, the studio behind movies like Book of Eli and the reboot of The Wicker Man, are apparently in final negotiations for the rights for the seminal sci-fi movie Blade Runner. If Alcon is successful in acquiring the rights, it will be able to make sequels, prequels, and spin-offs. It will not be able to remake the original movie, however.

Blade Runner was based on the Phillip K. Dick novel, Do Androids Dream of Electric Sheep?, and starred Harrison Ford as Rick Deckard, a special police operative called a "blade runner," who comes out of retirement to hunt down a quintet of escaped "replicants," which are biological androids almost indistinguishable from people. The movie was not a great success at the box office, but it has since gone on to be one of the most highly regarded and influential sci-fi movies of the last thirty years.

The rights for the movie currently belong to Bud Yorkin, who was an executive producer on the film. Yorkin will serve as a producer on any new Blade Runner projects, along with the two co-founders of Alcon, Andrew Kosove and Broderick Johnson, and Yorkin's wife, Cynthia. Frank Giustra and Tim Gamble, the joint CEOs of Thunderbird Films, will serve as executive producers.

In a statement, Johnson and Kosove, said that they had long-term goals for the franchise and knew that they had a responsibility to do justice to the original movie. They also said that they weren't planning to limit themselves just to film, and were looking at multiplatform concepts.

There's a lot of potential in the Blade Runner universe for some really interesting storytelling, but anything that Alcon produces is going to have to be pretty special. It's not unheard of for spinoffs to equal their source material - Stargate: SG1 is a prime example - but the original movie set the bar very high, and Alcon will have a real challenge on its hands trying to match it.