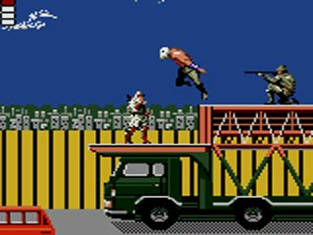 When I was growing up, the Game Gear was the super-cool portable console that only the super-rich kids were able to afford. I made due with a Game Boy, but I always yearned for Sega's impressive system. Now, of course, I could buy a Game Gear for a pittance, or I could just wait until Sega starts releasing its old games for the 3DS.

Yesterday, Sega revealed that it's got five Game Gear titles coming to the system's Virtual Console service. As of right now, the publisher's got Sonic & Tails 2, Sonic Drift 2, Shinobi (the GG version), Dragon Crystal Shirani's Maze, and Columns. According to Andriasang, no price point or official release date has been announced yet.

I can't say that I'm terribly surprised by this revelation, since Sega's been releasing a slew of old titles as DLC on services like Xbox Live, Virtual Console, and the PlayStation Network (though it's probably for the best if we pretend that Sonic Adventure never saw the light of day). That said, it certainly sounds like the 3DS will have a ton of great games available for download.