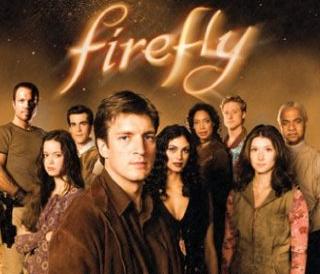 Joss Whedon apparently couldn't get behind the fan-supported revival of Firefly, so the idea might be off the table.

Nathan Fillion, the actor that played Captain Malcolm Reynolds in Firefly, sparked the idea for a potential fan-funded revival of the show when he tweeted that he'd buy the rights if he won the lottery. Unfortunately, lack of official support may have killed the idea.

The "Big Damn Plan" detailed at HelpNathanBuyFirefly.com basically sought to bring in fan investors to create a partnership that would be able to purchase Firefly's rights. In response, Maurissa Tancharoen, Joss Whedon's sister-in-law and writer on various Whedon projects tweeted: "Guys, no one in the Whedonverse is in support of www.helpnathanbuyfirefly.com. Please save your money!"

She later clarified her statement by saying it was meant to tell fans that nobody in the official Firefly camp is associated with the fan effort. HNBF responded with a blog post that read: "According to Joss's sister-in-law, no one from the Whedon clan endorses the idea of a fan-funded organization trying to help. So, that's a wrap."

However, the blog post was later edited to tell visitors to follow HNBF's future updates on Facebook, so the effort might still be hanging on by a string. If Firefly fans could pull off an official revival, it'd be amazing, but the concept seems like a total longshot to me. Still, it's worth a try.

Jim & Yahtzee's Rhymedown Spectacular: There Is Another Game Jim And Yahtzee 65 Comments