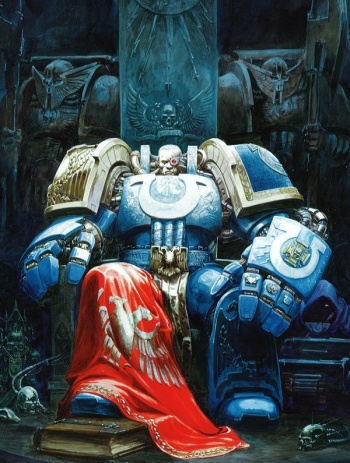 THQ's next big Warhammer 40,000 game will have a budget bigger than most movies.

The Warhammer 40,000 games have generally been pretty big winners for THQ. As a result, it's not exactly surprising to hear that the publisher is willing to spend some serious cash on the next game in the franchise: apparently it's planning to shell out $50 million on the development for Warhammer 40,000: Dark Millennium Online.

THQ's vice president and CFO Paul Pucino recently spoke at the Wedbush morgan conference, where he explained how the next two fiscal years are expected to yield significant growth" for the company. Part of this plan involved some heavy investment in the aforementioned MMO:

"The production budget is high-end of a core game. Somewhere in the area of $50 million or so to get these games to market, certainly in that range for Dark Millennium. What you want is a game like this to be successful and the development budget gets higher."

On top of this colossal development budget, Pucino also revealed some information about other THQ projects. The publisher plans to release first-party software every three-to-four months so it can "re-promote" the U-Draw tablet that it developed. Also, Homefront will need to sell two million copies in order to break even; based on the fact that the shooter is the most pre-ordered game in THQ's history, that doesn't seem like an unreasonable expectation.