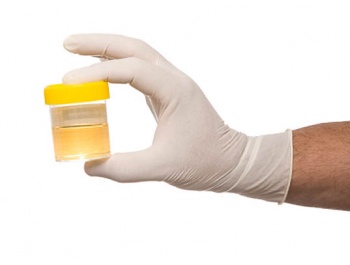 A new cost-effective way to produce hydrogen from urine means that road-trip bathroom breaks and road-trip refueling could both someday be a thing of the past.

Imagine this: You're on a road trip with some buddies, when suddenly, it's time to answer nature's call - you have to go, bad, but there aren't any pit stops for miles. So you pull over to the side of the road, make sure there aren't any other cars coming, unzip and do your business - right in the gas tank. "Good timing," your friend says to you when you get back in the car, "The tank was starting to run low."

Is it kind of weird? Absolutely. Is it an impossibility? Far from it: In the ever-going race to find alternative energy sources, scientists at Ohio University have discovered a (relatively) easy way to produce hydrogen from plain ol' urine - the most abundant waste product on the planet.

The process revolves around a special catalyst, discovered by Ohio U's Gerardine Bottle, which uses electrolysis to break down the urea in urine into its composite parts. Unlike regular water, which has a mere two hydrogen atoms per molecule, urea has four - and they're less tightly bonded to the molecule than the two in water, making them easier to separate.

There's some science-y talk (as related on PhysOrg) about how it would be fairly cost-effective to get large-scale tests started, since the electrolysis involves the use of a new, inexpensive nickel-based electrode (no, not the Pokemon) - and similar electrolysers are already being used around the world for other purposes that don't involve turning pee into usable hydrogen. It goes a bit over my head, but hey, if it's a potentially inexpensive solution to the alternative energy problem, then that's a good thing, right?

It isn't like the human race isn't already busy producing millions of gallons of urine every day - might as well do something with it.