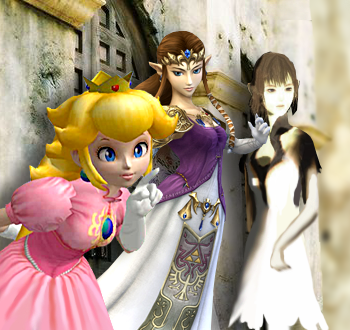 If you don't mind your heroine having the personality of wet cardboard, a royal kidnapping is a great story shortcut.

Being a fairytale princess isn't really that great a job. It's comprised mainly of sitting around doing nothing: sometimes in a beautiful, magical castle, and sometimes - and some might say a little too often - in the dungeon of some evil wizard or wicked viscount. In Issue 297 of The Escapist, Alfie Simpson looks at what's wrong with your average kidnapped princess, not to mention what's wrong with the fact that there is such a thing as an average kidnapped princess in the first place.

It's one of the oldest stories: A beautiful young woman of noble blood is abducted, incapacitated, or otherwise inconvenienced by some form of evil, and a handsome young man must embark on a quest to rescue her ... A story filled with its own serene magic and a comforting sense of familiarity. Familiarity that has recently bred contempt, prompting an exasperated sigh whenever a princess walks onto the scene.

That's the trouble with old stories: you've probably heard them before. The moment the princess steps in - before her dainty glass slippers even touch the palace carpet - you already know the rest of the plot. You've guessed the conflict (the inevitable kidnapping), the climax (a duel with the kidnapper), and the resolution (cake). This alone is almost reason enough to put down the book, controller, or DVD remote and storm off to bake your own cake.

Aside from being intrinsically linked to predictable plots, princesses tend to make unappealing characters in their own right. Princesses are unbelievably passive ... They never make an attempt to fight their oppressors or to escape from their prisons ... Cinderella begins as a mindless slave to her abusive relatives ... [and] nothing short of a mystical intervention and a particularly persistent prince will entice Cinderella to seek a better future.

Simpson suggests that it doesn't take much to make a kidnapped princess much more appealing, just the vaguest hint of a genuine personality is enough to make them stand out. You can read more about it in his article, "The Princess Problem."

You Will Never Be a Princess Russ Pitts 2 Comments

No Right Answer: Mulan vs Jasmine Firefilm 57 Comments
Comments on