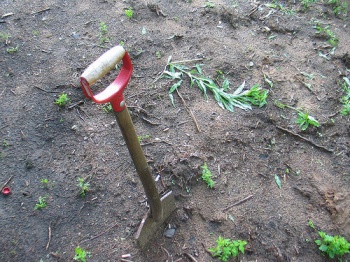 "Journey to the Outskirts of the Mantle" might not be quite as catchy as the "Center of the Earth," but it's still an immense undertaking.

While neither the funding nor the technology is there yet, scientists are beginning preparations to tunnel their way through up to 6 kilometers (just under 4 miles) of ocean floor in an attempt to breach the Earth's crust and reach the mantle bellow.

The project, which is planned to begin somewhere around 2020, would not be simply offering loads of people with shovels free pizza and beer to dig a big hole. "This would be a very significant engineering undertaking," says Damon Teagle, co-author of the paper that proposes the project. "We're talking 6km of ocean crust and we'd want to get some distance into the mantle -- maybe 500m. So that's a very deep hole; and it would be in water that is perhaps 3-4km deep as well. Also, we would encounter temperatures around 250-300 degrees at least. It would be hot and demanding."

This isn't actually the first time we've tried to dig to the mantle. In 1969, Project Mohole dug about 180 meters down before running out of money and giving up, which is pretty pathetic considering the average oil drill depth is about 2000 meters. Since then, we've managed to get down to a little over 1 kilometer in Russia, the deepest man-made hole yet dug.

You might be wondering why we would spend all this time and energy getting to the mantle; well, we want to bring some of it back with us. The lava that we see up topside has been tainted by the rock it runs through on its way to whatever volcano it spewed from, and doesn't provide an accurate measure of what the inside of the Earth is composed of. Hopefully retrieving a pure sample will allow us to better understand the inner workings of our planet.