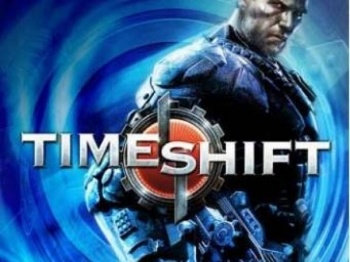 Saber Interactive's CEO has defended pre-owned game sales, saying current prices force consumers to get what value they can out of their entertainment.

In a piece he wrote for CVG, Matt Karch, CEO of Saber Interactive, wrote, "People in our industry are in a panic about used games, but honestly, can you blame people for playing a game and then trying to get some value back out of it? The only way for many gamers to currently play multiple AAA games is to shell out quite a bit of money and that definitely limits our consumer base."

This is due, he says, to high retail prices on games that aren't innovating. $60 is a good chunk of change to spend on a game, and most of the time only the hardcore gamers are willing to shell out that much dough on a single purchase. Developers who spend many millions of dollars on a game need to make back that money, and if the hardcore gamer is the only one in the market for their game, then they are going to stick with the tried and true staples of whatever genre they are working in. "This means that less risks are taken and games end up being much more "cookie cutter" and innovation is stifled," he wrote.

According to Karch, the answer is smaller, cheaper games that would pose less of a financial risk to developers if they fail, allowing for more experimentation and a lighter impact on the consumer's wallet. The lower price could also bring more people into gaming. "If you want to reach an audience that is not accustomed to spending or can't spend that kind of money," he said, "then you need to give them an alternative. Smaller, high quality digital downloads are a great way to do that."

But many gamers would disagree that shorter, cheaper games are the future. Saber Interactive's latest game, a movie tie-in for Battle L.A. has been heavily criticized for its extremely short campaign, with some people saying they finished the game in under an hour.

Responding to this, Karch wrote that the game, as a movie tie-in, was aimed at a far more casual audience than your usual hardcore FPS-player, but that that is exactly who ended up playing the game. What was intended to be a 2 to 3 hour life-or-death fight against alien invaders turned into a 45 minute jog across L.A. spitting lead at generic alien #552. That's short, even for a $10 arcade download.

Even with the mixed reviews, Karch believes that short and sweet is the way to go with future games: "It will be great to see games that people really haven't experienced before at all, and I think smaller priced titles where the upfront risk is smaller will allow for that."

TimeShift: The Story Behind the Game Russ Pitts 4 Comments