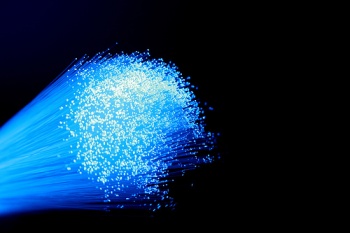 As part of an experiment on next-gen internet, Google has made plans to give Kansas City an fiber line with a 1 gigabit per second download speed.

In an attempt to find out what kinds of things the tech industry can do with such an astounding amount of bandwidth, Google decided to fund several "experiments" into high bandwidth networks, including the one it plans to build in Kansas City. The company asked for interested communities to let Google know that they wanted this uber-internet.

After about a year of rallies, YouTube channels, and open letters aimed at convincing Google to build the highspeed line at 1,100 cities around the country, the company finally settled on Kansas City. In a post on Google's blog, Vice President of Access Services Milo Medin said that in choosing a city, the company looked for somewhere " ... where we could build efficiently, make an impact on the community and develop relationships with local government and community organizations. We've found this in Kansas City."

Google says that the network should be up and running sometime in 2012, and that it is looking at bringing the extremely fast network to other cities around the country.