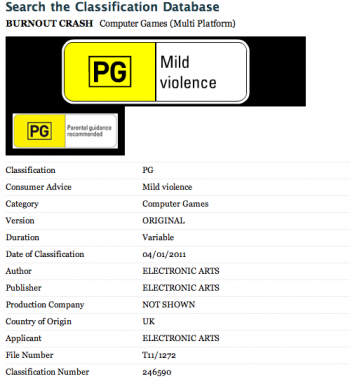 Whoops! Australia's Classification Review Board just rated (and revealed the existence of) a new Burnout game from EA.

You gotta love game classification groups sometimes. Electronic Arts has been scooped by the Australian Classification Review Board, which recently revealed the existence of Burnout Crash, the latest entry in the popular racing franchise.

The franchise has been on hold since Burnout Paradise was released in 2008, though there was a slew of DLC for the game for a while afterwards.