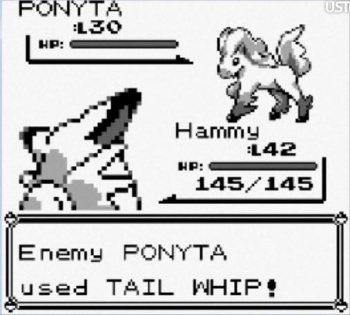 Inspired by LoadingReadyRun's "Desert Bus for Hope," a group of students in Wales are catching 'em all for four days straight to raise money for Japanese aid efforts.

When you're trying to raise money for a good cause, you have a ton of options. You could auction off rare possessions, you could buy an in-game hat, or you could take the Desert Bus route and play a videogame in a marathon session as long as people keep donating money.

The folks at Pokemon4Japan - a group of students at Aberystwyth University in Wales, UK - are, obviously, doing that last one. While their methods are obviously inspired by the Desert Bus crew, however, the Pokemon4Japan team is opting to play a series of awesome games - the first three generations of Pokemon, from Red & Blue up through Ruby & Sapphire - instead of a horrific one.

But that's okay. Instead of paying to watch concentrated human suffering at the hands of the Desert Bus, you can pay extra to have them name the 'mons they catch whatever you like. Those who donate more stand a chance at getting their individually-named Pokemon into the starting lineup, and the top philanthropists get to name the game's protagonist and/or rival! So if you ever wanted to have your character "Dickface" livestreamed on the internet, time to dip into your pocket.

As I write this, the brave Pokemon Trainers - who started their marathon session yesterday - are currently at Cinnabar Island in Pokemon Red, and they've raised over £1115 to date, which is probably something like a million USD with today's currency exchange rates or something.

They also caught Articuno with a Magikarp. I've been playing Pokemon for thirteen years now and I'm not even sure how you'd do something like that.

Non-Player Counselor: Ash Will Never Catch Them All Firefilm 12 Comments
Comments on