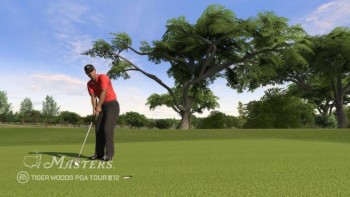 Tiger Woods may not swing the club like he used to but that doesn't seem to be hurting sales of Tiger Woods PGA Tour 12: The Masters, which has put up the best first-week sales numbers in the history of the franchise.

Electronic Arts pretty much stood alone among Tiger Woods' major sponsors when it stood by him during his little spot of marital difficulties back in 2010. The publisher did open the door to a change of mind at the end of 2010 after Tiger Woods PGA Tour 11 tanked rather badly but now it appears that sticking with its Number-One Guy has paid off, as the 2012 edition is off to the franchise's best start ever.

Internal estimates show unit sales of roughly 225,000 over the first week of sales, beating the previous mark, held by Tiger Woods PGA Tour 08, by 17 percent in North America. Year-over-year first-week digital sales for the franchise are up by more than 200 percent and the iPhone and iPad versions of the game were the top-grossing sports apps on iTunes throughout the first sales week as well.

"We expected fans to be excited about the Masters and for sales to be up significantly," said EA Sports President Peter Moore. "We're pleased that they are."

Nearly two million rounds of virtual golf were played at the Augusta National Golf Club over the two weeks following the game's launch on March 29. The equivalent of 2515 PGA Tour seasons have been played in online tournaments on consoles, more than seven million games have been played across all courses, over 184 million shots have been taken, 12 million course mastery objectives completed and 1.5 million achievements and trophies have been unlocked.