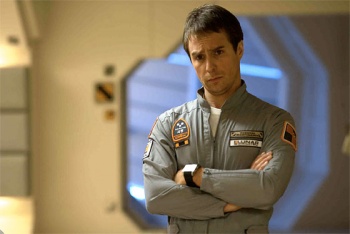 The up and coming director thinks that Wolverine is a more interesting character than Batman.

Duncan Jones, the director behind Moon and the latest Jake Gyllenhalapeño movie, Source Code, will soon start talks with Fox about taking over from Darren Aronofsky in the follow up to X-Men Origins: Wolverine, titled simply, The Wolverine.

Aronofsky walked away from the project last month after deciding that he didn't want to spend so much time away from his family. Aronofsky said that he was sad that he wasn't seeing the project through, and that he wouldn't get the chance to work with star Hugh Jackman again. Fox also expressed its disappointment, but said that it and Jackman were still committed to the movie, and would regroup and move forward.

Speaking at the Kapow Convention in London last weekend, Jones said that he found the character of Wolverine "more interesting than Batman" and said that a really good movie about the character could be amazing. Jones thought that it was the character's personality that made him so appealing, "[He's] a little like Harrison Ford in the Indiana Jones days. He's got a sense of humor and he's gruff, and he's kind of pissed off at everyone."

Jones is a very different director to Aronofsky, but he wouldn't be a bad replacement at all. It will be fascinating to see how Jones handled a character like Wolverine, just as it would have been fascinating to see how Aronofosky would have handled him. Obviously, this is far from being confirmed - this is the very earliest of early stages - but there's plenty to like about the idea.