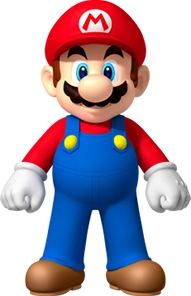 Rumored specs for the Wii 2 give it a touchscreen controller and hardware slightly more powerful than the Xbox 360.

Take all of the following information with a big grain of salt, but we may already know the basic specifications of Nintendo's rumored console that could be announced at E3 2011. French website 01net claims to have gotten its hands on some of the details behind the console, including specifics on its controller and internal hardware.

The site says that the Wii 2, for lack of a better term, is called "Project Cafe" inside of Nintendo. The system is said to be considered slightly more powerful than the Xbox 360. It reportedly includes a three-core custom IBM PowerPC CPU, an ATI R700 GPU, and 512 MB of RAM. *Update* 01net only speculates about the amount of RAM and the type of ATI GPU.

Rumored backwards compatibility with the Wii had fans wondering how it would be handled, as Wii Remotes require a sensor bar to be read. Project Cafe's controller will allegedly take care of that problem. The controller is not only said to have a 6-inch HD touchscreen embedded, but a camera, D-pad, 2 bumpers, 2 triggers, and "possibly more," while also doubling as a sensor bar. It sounds like a bit much, but is entirely possible.

Keep in mind that this is speculation about a speculated product. However, if true, it hints toward a console that adds features from handheld gaming to the home console experience. Nintendo could revolutionize the industry once again with Project Cafe, and possibly bring more hardcore gamers along for the ride this time.