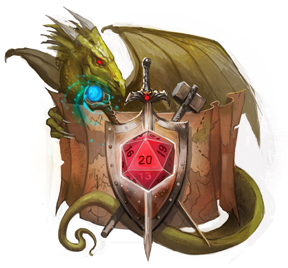 What does a Dwarf smell like? How about a Chaotic Half-Elf Rogue?

It's easy to simulate most of our senses in a tabletop RPG campaign. Sight? The dungeon-master draws a map, and characters are represented with figurines. Sound? With digital media, you could score your game with a soundtrack, or just make the sounds with your voice like you did when you were a kid. Touch? Hit each other with bopper swords.

Taste and Smell are a bit trickier, but we may have that last one covered. Black Phoenix Alchemy Lab has released its new line of RPG-inspired perfumes and cologne based on standard fantasy races, classes, and even alignments.

You might opt to pick up the Dwarf scent, which is made with "iron filings and chips of stone, Styrian Golding hops, and soot-covered leather," in comparison to the Half-Elf's "white sandalwood, beeswax, white tea leaf, oud, and a hint of sophisticated urban musk."

According to Black Phoenix, a Paladin smells like "immaculate white musk, sweet frankincense, bourbon vanilla, white leather, and shining armor," while a Fighter is just "leather, musk, blood, and steel."

Frankly, this all makes sense. A Dwarf smells like iron and stone and beer, a Paladin smells holy - but how on earth do you make a fragrance for character alignments? Black Phoenix tried its damnedest, assigning "rigid oak, blue chamomile, rhubarb, and fig leaf" to those of the Lawful persuasion, whereas those sinister Evil folks get "smouldering opium tar, tobacco absolute, green tea, black plum, kush, ambergris accord, ambrette seed, and costus root."

This is actually very cool and you can tell a lot of thought went into it. Honestly, if more D&D players wore cologne, conventions might smell a whole lot better.

Pick up a phial of your choice at Black Phoenix Alchemy Lab.