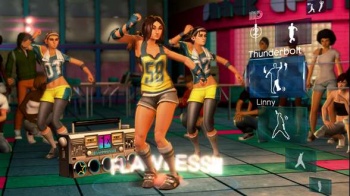 As if trying to make successful music games for a market already that was already bored of them wasn't stressful and difficult enough, Harmonix says that its games also had the added problem of having to carry the entire publishing arm of MTV games on their backs.

Harmonix VP of product development Greg LoPiccolo thought that MTV had realized that it was either going to have to invest a lot more money into building up MTV Games, or cut its losses and get out of games altogether. As for all intents and purposes, Harmonix was MTV Games - as was neatly demonstrated when MTV shut down the division after it sold Harmonix last year - it decided to go with option B. "I think it became apparent," he said. "That, in this day and age, you really need a big enough publishing organization to achieve economies of scale if you want to make it work and they didn't really have that."

LoPiccolo insisted that the studio's top brass bore MTV no ill will however, and that being part of MTV had allowed Harmonix to do things it would have struggled to do as an independent developer, both in terms of music licensing and simple cash flow. "I think the parting of the ways was a reasonable business decision that they undertook for pretty clear reasons," he said. "But I think we have a deep appreciation for what they were able to bring to our business and what we were able to accomplish together."

Columbus Nova, an investment firm based in New York, now owns Harmonix, and LoPiccolo was very upbeat about the new owners. He said that Columbus Nova was quite happy to allow the studio to develop and grow its business, and added that the studio couldn't be happier with the way things had turned out.