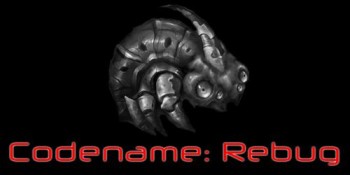 Word on the street is that the PlayStation Network outage may have been caused by a custom PS3 firmware that allows unlimited game and content downloads with fake credit card numbers.

The PlayStation Network has been down for the better part of a week and yet at this point, nobody knows why, nobody knows what kind of information has been compromised and nobody knows when it will be back. Sony has promised that an overhaul of the network will provide users with a greater level of security but that's kind of nerve-wracking in itself because it implies that whatever happened, it somehow involves "security" and that usually translates into stolen credit card information. According to a self-proclaimed PSX-Scene moderator on Reddit, however, credit card numbers are involved but not necessarily in a way that users need to worry about.

Calling himself Chesh420, the moderator wrote that a new custom PS3 firmwave called Rebug was released on March 31. Rebug apparently turns standard PlayStation 3 consoles into semi-developer units, which among other things and with a little bit of effort allows hacked consoles to be put back online. But a few bright folks over at NextGenUpdate also figured out that because consoles with this firmware installed have access to Sony's private developer network, credit card information isn't checked for validity; in other words, they could gain unlimited download access with fake card numbers.

"What happened next was extreme piracy of PSN content," he wrote. "Sony, realizing the issue here, shut down the network. Now, before you go freaking out about the latest information posted about Kotaku, no one's personal information was accessible via this hack. Not to say they couldn't get it, but no one is admitting to it being available."

It's purely speculation at this point, although Chesh420 claimed that someone with official access to Sony's developer network stated that the company put out a warning today that only debug firmware versions 3.60 and newer will be allowed on the network from this point on. He also posted a four-part timeline backing up his story.

"This is all speculation and information gathered from various devs in the PS3 scene. It might very well not be the real reason PSN is down, but as the timeline fits, it's a reasonable explanation," he wrote. He also explained that in spite of how it may appear, the Rebug firmware isn't actually to blame for this debacle because it, and other custom firmwares, have had access to the developer network all along. "This is not new news for people in the PS3 scene. It's what people have figured out what to do with the said network that has caused all the recent issues," he continued. "Saying that Rebug is what did this is like saying a gun manufacturer is responsible for every death that happens with a gun."

In his most recent update, posted April 25, Sony's Patrick Seybold said that the work underway on PSN is a "time intensive process" and that he had no further information about when the service might be back online.