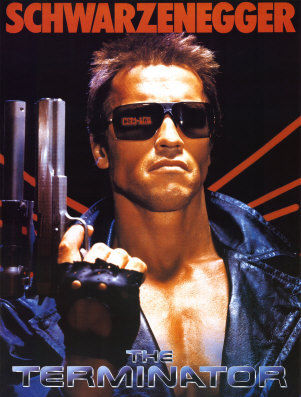 The Terminator franchise is coming back to the big screen with the original Terminator as its star.

Let's just get this over with: Schwarzenegger said he'd be back, and he meant it. Are you happy now?

Deadline reports that Schwarzenegger is attached to star in a Terminator movie currently being shopped around to studios, with Universal, Sony, Lionsgate, and CBS Films taking a close interest. Schwarzenegger is said to be looking to return to the limelight after his run at governor ends through more means than the animated Governator series.

Justin Lin of Fast & Furious and recent Fast Five fame is a frontrunner to direct, but nothing is set in stone yet. North American rights for the Terminator franchise will revert back to James Cameron in 2018, so any studio taking the plunge will want to do so as soon as possible to potentially get a set of films out.

The last Terminator movie to be released was Terminator: Salvation which focused on the war between Skynet and humanity, rather than Terminators trying to kill people in the past to make that war go their way. The upcoming film with Schwarzenegger doesn't have a basic plotline yet, so it could take place in in any setting or time period.