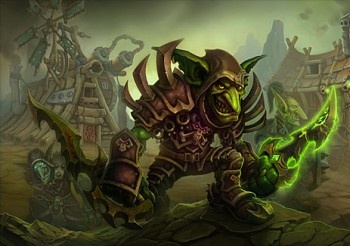 Blizzard wants to speed up the development of future World of Warcraft expansions in order to satisfy players who are blowing through the game and then moving on to other things faster than ever before.

Blizzard President Mike Morhaime revealed during the Activision Blizzard financial results conference call yesterday that World of Warcraft subscriptions had "returned to pre-Cataclysm numbers in the West," sliding from more than 12 million subs in October 2010 to 11.4 million currently. And although pretty much every MMO publisher on the planet would kill to have 11.4 million subscribers, it's still a loss of 600,000 players and that's nothing to sneeze at.

Part of the problem, Morhaime said, is that years of experience have made players better at tearing through WoW content, after which they mosey along to other games because there's nothing left to hold their interest. The solution? More new content at a faster pace.

"We need to be faster at delivering content to players," Morhaime said. "And so that's one of the reasons that we're looking to decrease the amount of time in between expansions."

"What we have seen so far is that people have been consuming this content very quickly, and so the subscriber levels have decreased [following the release of Cataclysm] faster than in previous expansions," he added.

Blizzard's notoriously long development cycles are balanced by the fact that virtually everything it releases is mind-blowingly awesome, so the obvious concern is that rushing things will lead to either less content or lower quality. At this point, however, Morhaime said Blizzard isn't ready to get into the details about future expansions, only that it is "look at ways to speed up the development process."