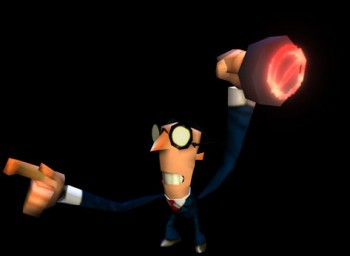 The proposed new PROTECT IP Act will allow private rights holders to seek court action against "rogue" websites that could see them cut off from third-party services and even blocked by search engines.

Introduced in September 2010, the Combating Online Infringements and Counterfeits Act would have authorized the Attorney General of the United States to pursue injunctions against websites "dedicated to infringing activities" preventing internet providers, credit card companies and advertising networks from doing business with them and also forcing the registrar of the offending domain name to suspend and possibly lock it. The bill met substantial opposition and ultimately died before it could be passed into law, but it's back again, with a brand new name and even more sweeping powers.

The "Preventing Real Online Threats to Economic Creativity and Theft of Intellectual Property Act - that's right, the PROTECT IP Act, and who thinks of these ridiculous names, anyway? - is a direct descendant of COICA with a couple of important changes. First, it allows for "private right of action," which means that not only the Attorney General but also "a rights holder who is the victim of the infringement" can pursue action in the courts against "the owner, registrant or internet site dedicated to infringement, whether domestic or foreign," and second, it will also force search engines to censor such sites out of their lists.

On the upside, the private actions will only apply to "payment processors," which is to say credit card companies, and ad networks, not the service providers or search engines; but on the downside, the law will also strongly encourage online services like ad networks and search engines to self-censor by rendering them immune to damages if they voluntarily take action against sites they believe are violating copyright. In other words, sites that might be seen as infringing on copyright could find themselves cut off from the online services they need to survive. This provision alone could cripple start-ups that might otherwise be destined to become the next big thing; as Ars Technica notes, both YouTube and Veoh have been sued by rightsholders in the past.

The PROTECT IP Act does provide safeguards in the form of appeals but they don't become available until after the court order has been issued and online service providers have been ordered to cut off their services. Furthermore, if a site that falls afoul of PROTECT IP moves to a new domain, the new sites will be subject to the same penalties. And while the new act no longer authorizes the Justice Department to seize U.S.-based domains, that is only because, as the text of the Act notes, the Homeland Security department has been so successful in doing so with laws that are already on the books that such powers are "redundant and may create confusion as to the appropriate mechanism for the Attorney General to target domestic domain names."

A summary of the PROTECT IP Act is available at Techdirt, while the full text can be found at leahy.senate.gov.