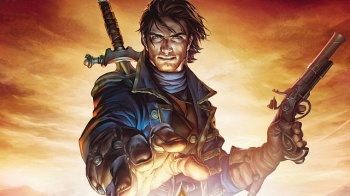 Lionhead Senior Designer Mike West says PC gamers might as well give up any hope of ever getting Fable II because the programmers have already moved on to other things.

The history of Fable on the PC is a strange one. The first game came out on the PC in late 2005, a full year after the original Xbox release, as Fable: The Lost Chapters, expanded to include new content, areas and quests. The most recent release, Fable III, is also several months behind the initial Xbox 360 release. But what's really bizarre is the PC version of Fable II, which doesn't actually exist and, according to West, never will.

Why make the first and third parts of a game for a particular platform if you're not going to bother making a middle bit to tie everything together? It's apparently all a matter of timing. "With Fable III the team and time was right to create a PC version. Once the game went to submission the content creators started working on DLC and therefore the coders were free to start on the PC version," he told Beefjack. "Unfortunately for Fable II fans, those same coders are already working on new projects and going back to a Fable II conversion isn't a priority I'm afraid."

I've been told by Fable fans that experience with Fable II isn't really necessary to enjoy the upcoming Fable III so from a practical perspective I suppose it doesn't really matter, but from the "I enjoy Fable and would like to play as much as everyone else" position, it's a bit of a kick in the junk. Props to West for his honesty and forthrightness, but I suspect that PC Fable fans are still going to come away disappointed.

Fable III for the PC comes out tomorrow, May 17.