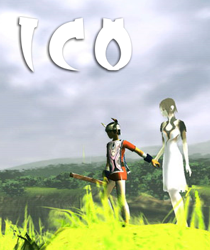 If the idea of an Ico novel confuses or intrigues you, its publisher is offering a short excerpt that exposes what the book is all about.

Earlier this year, it was revealed that Ico's Japanese novelization was being translated into English courtesy of Viz. If you're like me, you wondered what author Miyuke Miyabe had fit into this wondrous book. As evidenced by an early translated excerpt, it's more than just a lot of: "The boy led the girl by the hand."

Ico: Castle in the Mist is a 400 page extension of the Ico universe, going deeper into the characters of Ico, Yorda, and even the mysterious presence in the Castle of the Mist. The excerpt appears to introduce a new character named Toto that was one of Ico's childhood friends.

There's really no point in spoiling it for you, so go read the excerpt here. The book's entire description is as follows:

A boy with horns, marked for death.
A girl who sleeps in a cage of iron.
The Castle in the Mist has called for its sacrifice: a horned child, born once a generation. When, on a single night in his thirteenth year, Ico's horns grow long and curved, he knows his time has come. But why does the Castle in the Mist demand this offering, and what will Ico do with the girl imprisoned within the Castle's walls? Delve into the mysteries of Miyuki Miyabe's grand achievement of imagination, inspired by the award-winning game for the PlayStation 2 computer entertainment system, now remastered for PlayStation 3.

Ico: Castle in the Mist is currently scheduled for release on August 16, 2011. If you've never played Ico, the remastered PS3 version found in the upcoming Ico and Shadow of the Colossus Collection will be a great way to remedy that, though it was recently delayed. All the more time to read the book and load up on spoilers.