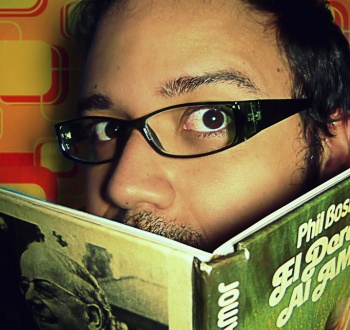 America: Land of the free, home of the geek?

In celebration of National Geek Pride Day (May 25), a survey released by IT staffing service Modis reveals some very interesting statistics about the nascent social acceptability of being a geek.

According to the survey, 17 percent of Americans self-identify as geeks. I don't have solid numbers in front of me, but I have to assume this is a monumental rise since the days when Robert Carradine was battling the dark powers of Ted McGinley.

Speaking of nerds, the survey makes a special point of addressing the differences between that term and geek. It seems that though nearly one-fifth of our population would write the latter on their OKCupid profile, very few are willing to also label themselves as nerds. Though 61 percent of respondents would call themselves nerds, the vast majority (87 percent) see a tangible difference between "geek" and its seemingly pejorative cousin.

The key issue this survey raises, particularly among those antiquated folk who still consider "geek" an insult, is why the general public suddenly sees the word as a badge of honor. According to the survey's results, people see geeks as particularly suited to work in the now-lucrative fields of information technology. Specifically, 65 percent saw geeks as perfect for employment as game designers and 50 percent see the sub-culture as ideal for roles as technology engineers.

Of particular note to me, and my incredibly attractive, urbane colleagues, is the 37 percent of respondents who see geeks as well-suited for the fast-paced world of professional blogging. Based on my very existence, I'd say that's a pretty accurate stereotype.

That said, this raises an important question: Is the sudden societal affection for all things "geek" a passing fad spawned by the relatively modern ubiquity of all things technological, or have our societal norms simply advanced to the point that we are, as a species, more accepting of the quirks of others?

The optimistic part of my duality has its theoretical fingers crossed for the latter, but my more realistic side believes this new-found love for those once disdained as a caste of tech-savvy social lepers is just a ruse to convince our kind to offer free tech support to the Ogres of the world.