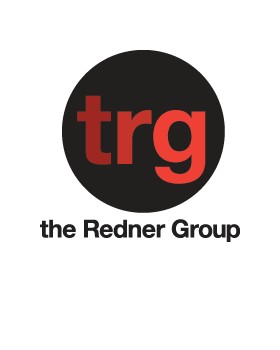 A PR agency has apologized for publicly threatening to blacklist videogame review sites that "went too far" with their negative reviews of Duke Nukem Forever.

Things are not going well for Duke Nukem Forever. After nearly a decade and a half "in development," the game was finally finished by Gearbox and turned loose to reviewers, who wasted no time in savaging it as a half-baked mess. Some reviewers were more or less harsh than others - our own Russ Pitts recommended that "if you are stuck on a deserted island with only this game to play, go fishing instead" - but the cumulative effect was enough to finally enough to push Jim Redner of The Redner Group, the PR agency handling the game, over the edge.

"too many went too far with their reviews...we r reviewing who gets games next time and who doesn't based on today's venom," he wrote on the official Redner Group Twitter feed. "It's one thing to not like a game, it's an entirely different thing to rate it a 2 & b completely mean spirited."

In other words, if you were too hard on the Duke in your review, which is by any definition an entirely subjective measure, you may not be getting any more games or coverage support from the Redner Group in the future. It's a pretty shocking admission to make publicly, and the agency quickly deleted the tweets and apologized for "acting out of pure emotion." A separate apology to numerous individual game journalists was also sent out, admitting that the outburst was a "juvenile act" and also stating that 2K Games had absolutely nothing to do with it.

"Though I didn't name names, I did say that I thought some reviews had gone too far in tone," Redner wrote. "I respect the scores, it had to deal with the tone. I was unable to properly convey that in 140 characters. But that it beside the point."

"We are all entitled to our opinions regardless of score, tone or meaning. My response was a juvenile act on my part. I know better and my emotion got the best of me. I have worked very hard on this project. I want it to succeed. I just got upset and acted out," he continued. "I believe we are all allowed to voice our opinions and that opinions by their very nature are correct. Many of you quickly pointed out my error in judgment. For that I thank you and apologize."

UPDATE: 2K Games has now commented and it's bad, if not entirely surprising, news for The Redner Group, which is no longer employed by the company.

"2K Games does not endorse the comments made by Jim Redner and we can confirm that The Redner Group no longer represents our products," 2K said in a statement. "We have always maintained a mutually-respectful working relationship with the press and do not condone his actions in any way."