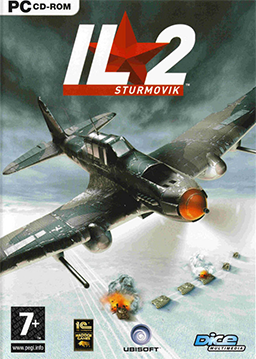 The struggle between firmly-established physical retail and up-and-coming digital distribution is only just beginning, but there's no lack of conflict already - though it's primarily in videogame forums and blog comment threads. Last year, though, MCV UK reported that many of the UK's largest game retailers were threatening to refuse to stock PC games that required the use of Valve's Steam service to install or operate.

According to Russian PC publisher 1C Company, those threats have materialized - and UK retailers have told publishers that if their game mandates Steamworks, don't expect to see it on their shelves. "[Steam's confidence] compares very favorably to that of the retail chains," 1C's UK publishing director Darryl Still told CVG in an interview. "[Those retail chains] recently sent a command to publishers that if they include Steamworks in their title it will not be stocked."

Understandably, Still didn't have a very high opinion of those retailers, who he said were no better than schoolyard bullies abusing their influence. "Those guys need to grow up, stop bullying, and focus their attentions on making their offerings as attractive as the people they are obviously looking over their shoulders in panic at."

It made sense for publishers like 1C - the maker of cult hit titles like IL-2 Sturmovik and Men of War - to focus on digital distribution, said Still, even if it were only a matter of finances. If a game sold for £20 ($32.49) at a brick-and-mortar store today, he explained, after various expenses and parties had taken their cuts, 1C would see £7 ($11.37) wind up in its bank account sometime in September. The same £20 game sold on Steam - or another digital retailer - would not only earn 1C £14, it'd reach its coffers much sooner.

It's tempting to just point at the retailers and wag one's finger for screwing over little developers - and, make no mistake, if this is true then what they're doing is absolutely sleazy. But on the other hand, there's no easy solution: Steam controls a huge majority of the digital distribution market, and publishers tying massively popular games into the service like Fallout or Call of Duty doesn't make it any less of a potential monopoly.

Competition in the digital distribution market is a good thing and should be encouraged - but threatening publishers into avoiding it entirely? That's pretty low.