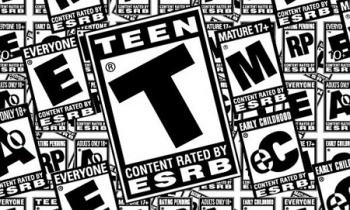 According to one expert, age-based rating systems are too subjective to be really effective.

Douglas Gentile, head of the Media Research Lab at Iowa State University, says that rating systems that group media into age brackets are less useful than those that simply inform consumers of a game or a movie's content and then let them make up their own mind whether something is appropriate for them or their children.

Citing a study from the journal Pediatrics, Gentile said that there was disagreement over what the appropriate age for viewing certain content was. He said that around a third of the 700 parents asked in the survey thought that it was fine for children as young as six to watch footage of romantic kissing, for example, while more than a fifth thought the same content wasn't appropriate for children under the age of 13. He also noted that there were some topics that some parents felt very strongly about - such as depictions of homosexuality - and that a content-based system would inform parents that a game or movie might contain things they find objectionable and let them make informed decisions.

Gentile admits however, that his ideas are just the first step and there it would need a lot of work to turn it into a working rating system. The Pediatrics study used 37 distinct and detailed descriptors, terms like "disrespect toward a deity or sacred symbol's name" and "nonsexual partial nudity," which might be a little tricky to fit on the back of a game or movie's box. Gentile hoped that people from the entertainment industry would talk to leading child psychologists and work something out that could be applied to all forms of media.

"Parents say they really want ratings, but they don't really use them that much because they aren't accurate," he said. "The reason it matters so much is because research indicates when parents do use ratings, it's good for kids. They get into fewer fights [jand] have better grades in school. So, the better the ratings are the more power we've given to parents. And 'digital convergence' - the ability to consume the same media on a variety of devices nowadays - means now is the time to develop a rating system that is universal."

Although there's nothing wrong with looking at the rating system to see if it can be improved, Gentile's suggestions might prove to be a little too cumbersome to be workable. What's more, current rating systems like the ESRB and PEGI do actually include content descriptors with their ratings, although not to the degree of specificity that the Pediatrics study uses. Gentile's suggestion that the ratings would allow parents to shield their children from homosexuality is also a little troubling. It's a minor point, but rating systems should serve to inform and protect children from inappropriate material, not foster intolerance and close-mindedness.