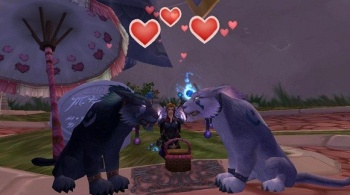 Blizzard has revamped the WoW trial account system to let gamers play for free as long as they want.

If you're one of the people who has always been curious about Blizzard's digital crack cocaine World of Warcraft but never quite taken the plunge, you might have looked at the game's Trial Accounts and found that they just weren't good enough. Oh sure, you can play for free, but you can only play for 14 days - and in a world as big as Azeroth, how can you see anything in just 14 days?

Apparently, Blizzard agrees. Today, the Irvine, CA-based developer announced that it would be changing its free trial system to let players play as often as they want, for as long as they want, on as many characters as they want. The normal trial restrictions are still in place, of course: You can't go above level 20, and your ability to send in-game messages and use the in-game auction house is restricted (just in case, y'know, you're a gold farmer).

Still, being able to play up to level 20 on as many characters you want is a pretty good deal, especially since the newbie zones are arguably some of the game's best content following the Cataclysm expansion pack. Hell, you could stop at level 19, twink yourself out, and engage in low-level PvP for free as long as you wanted.

Between this and the free copy for a friend, it's interesting to see how Blizzard is reacting to faltering subscription numbers. That the game is still going strong after six years is kind of incredible, but there's serious competition on the horizon in the form of The Old Republic.

This could be the first step in a completely free-to-play WoW, which would almost certainly be obscenely successful. I'd say that WoW is following in the footsteps of TF2, but it doesn't have nearly enough hats for that. Yet.