On tour promoting the 10th anniversary edition of his monumental novel American Gods, Neil Gaiman addresses the problems faced with bringing his works to the screen. 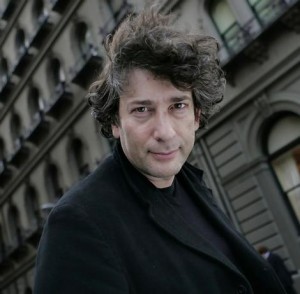 "One of the things I'm concerned about is that I really want to make sure the races of all the characters are kept," Gaiman says, speaking to collider.com. "I want to keep the racial mix in American Gods the same. And, I want to make it faithful, but also would like it to have a few surprises for people who read the book."

Gaiman says concern over changing the race of his characters is what sidelined plans to bring his novel Anansi Boys to the big screen.

That was something I found deeply problematic with the attempt by some people who had a lot of money and a lot of clout, and who wanted the rights to Anansi Boys, at one point. Somewhere in there, they made the fatal mistake of saying to me, "And, of course, the characters won't be black in the movie because black people don't like fantasy." They were suddenly very surprised that we were no longer interested in selling them the book.

Gaiman also says that he's surprised at how well the 10 year old novel holds up, historically, singling out travel agents and his depiction of airports as rare anachronisms. Asked what deities he would include in the tale were he writing it today, he muses on the gods of social networking.

"How sorry does one feel for the God of MySpace?" he says. "It happens fast. Twitter is great and it's glorious and it's easy, but if somebody comes up with something kind of like Twitter tomorrow, that's better or smarter or more useful, in three weeks time, Twitter could more or less be history because that's how fast things go now."

On the subject of the multi-talented writer's other projects, he says the greatest moments in his life were writing the Batman graphic novel Black Orchid and penning a recent episode of Dr. Who, both because he was a fan himself.

"There have been two times in my life where I know how God feels, and only two," he says. "The first was in 1988, writing Black Orchid, ... and then there was the first time I got to type the words, 'Interior: TARDIS.' There was the knowledge that I was creating something that was part of this mythology that I loved."

Gaiman says he knew as soon as writer and producer Stephen Moffatt took over the series he would be writing an episode, and he asked the producer to preserve a TARDIS set that was scheduled to be dismantled purely so that he could include it in his episode. "People walking past, every day, would ask why it was still there," says Gaiman, "and they would be lied to."

As for one of the hardest gigs he's had as a writer, Gaiman points to the challenge of getting his children's books published in China, since most don't pass the notoriously strict Chinese censors because they "question authority." After his visit to China, Gaiman set himself the task of writing a children's book that Chinese publishers couldn't resist, settling on the tale of a baby panda who sneezes.

"There is no way that anyone can resist a baby panda who sneezes," he says. "This is the single cutest book I've ever written. The only words on page one are, 'When Chu sneezed, bad things happened.'"

The HBO adaptation of American Gods is expected to air "no sooner" than 2013. Hopefully we'll have more Game of Thrones to tide us over until then.