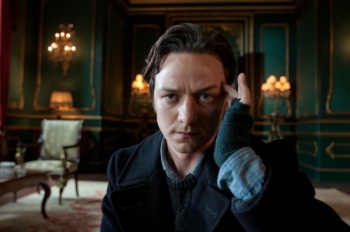 An X-Men sequel is all but official at this point; did anybody not see this coming?

In a summer that's been jam-packed full of comic book movies, X-Men: First Class was an incredibly pleasant surprise, both critically and financially. As a result, it should come as no surprise to anyone that Fox is actively considering a sequel for the film.

According to The Geek Files:

We've learned that the studio is "discussing sequels internally."

While there is not yet any formal announcement of a follow-up, it does show interest in continuing First Class rather than leaving it as a standalone origin tale.

Of course, it'd be more shocking if First Class didn't get a sequel. The movie has been a favorite for many critics. Not only that, but Box Office Mojo reveals that it's grossed over $335 million worldwide, which is pretty impressive since it only cost $160 million to make (after tax breaks, the production costs are reported at actually being about $135 million).

Both Bryan Singer and Matthew Vaughn have commented about how they have plenty of ideas for a sequel, which they would probably keep set in the 1960s and centered around real events. The 60s were a pretty major decade in history, though I'd love to see the next movie feature the 1969 Apollo Moon Landing (if the next movie's title includes "Mutants On The Moon," I demand a cut of the royalties). What about you? What real-world events would you like to see included in the next X-Men film?