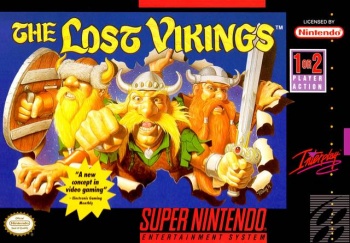 "Minus the literal rape and killing, of course, modern game development has a number of things in common with the Viking expansion. Specifically, game development studios and their teams are largely staffed in the same way that Viking longships were crewed. Consequently, the culture is overflowing with beer and pent-up aggression, and a very significant portion of our overall cultural output is fart jokes," Hocking writes in a recent Edge opinion piece.

Though that method of games development has worked so far, Hocking feels the industry could do far better by diversifying its workforce. Specifically, adding more women to the mix, and drawing on the particular cultural values of their gender.

"... we need more female game developers in order to ensure that the development culture in game studios becomes more reflective of our culture at large," Hocking writes.

From there Hocking offers steps the games biz needs to take to properly court female developers. Steps that are, most crucially, both logical, and backed both by moral impetus and the sort of potential monetary gain that might actually sway shareholders and the bean counter types to grok the idea of gender equality in games development.

Speaking as a Caucasian male, gender equality in the workplace -- specifically the workplace of this industry -- is the sort of ethical quagmire that I've instinctually learned to flee from, but I have to hand it to Hocking; he's right.

Who knows what women want to see in games better than other women? Last I checked money kept in a Dolce & Gabbana purse is just as valid as the Andrew Jackson in my leather wallet, so why are gaming firms implicitly trying to appeal purely to those of us who don't have to sit down to pee?

Plus, more women in the games industry would severely improve the conferences we have to attend. No offense to my male colleagues, but a half decade of seeing you people at events has collectively put me off homosexuality forever.

Escapist Podcast: 087: The Death of LucasArts (But Not Friendship!) The Escapist Staff 43 Comments