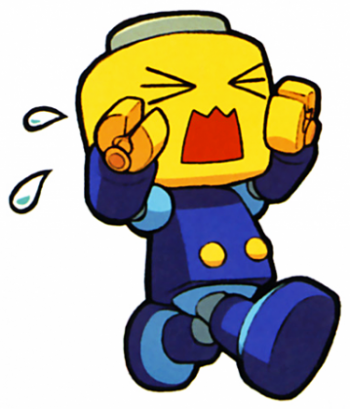 Much to the chagrin of its fans, Capcom has cancelled development on Mega Man Legends 3.

Capcom's official announcement attempts to explain the rationale behind the decision:

... there are tough realities in this industry that are largely left unpublicized for a good reason--because they're tough. All games go through a multi-stage approval process, but most games are not brought to the public's attention until that final approval has been met. With Mega Man Legends 3, exposing the fans to that process was part of the project's core concept--to show everybody what it really means to create a game. We were all in it together here, for better or worse, and now together we must accept the outcome that many games ultimately face.

I know that many fans are extremely disappointed by this news. Please realize that this cancellation is no less of a blow for the dedicated staff who have been working on this project for most of a year now. Since Legends 3's first conception, it has consumed most of the team's waking hours. We have been living and breathing Mega Man Legends for months--We've spent hours upon hours in meetings, created vast amounts of content both in the game's prototype and here in the Devroom, and there have even been multiple trips overseas to meet and discuss the game's progress. To we who have been deeply involved in this project, it is more than a game--it is a symbol and a manifestation of the collective hard work, creativity, and vision shared by all of us. Not just a product, but an amalgam of minds.

The decision to close this project after all it has meant comes as very difficult news to all staff members as well, but we must move on.

Word of the game's cancellation began to circulate throughout the Internet gaming community last night, and the response was just short of militant. Fans immediately launched in histrionics, slamming Capcom and the Nintendo 3DS' game selection with the sort of caustic aplomb the 'net is known for.

Still, none of this should come as a surprise. As the Capcom announcement said, the company was aiming for a never-before-seen level of development transparency. The reason we normally don't see development teams offering such intimate details is precisely because games are cancelled so often in this industry. Publishers don't want to get fans' hopes up only to have to dash them due to unforeseen financial realities.

If anything, this cancellation is a textbook example of how not to promote a game.